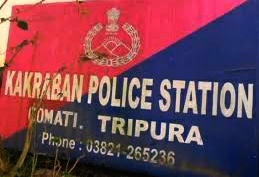 In her FIR the victim college girl mentioned that on Monday afternoon when she was returning from college to her house, one miscreant identified as Jahangir Hossain (21) blocked her road and forcefully kidnapped her. The incident had been organized at Melaghar Petrol Pump area.

After kidnap, Jahangir brought the girl in Hadrai under Kakraban Police Station. On that day at first Jahangir raped the girl.

Later Jahangir called three more his friends and they also raped the girl one by one.

As per the last report police searching the accused who are absconding.

Meanwhile as per the local sources, the king pin of this gang rape incident Jahangir Hossain, who is a driver by profession, was familiar to the victim’s family. He used to visit the victim’s house.