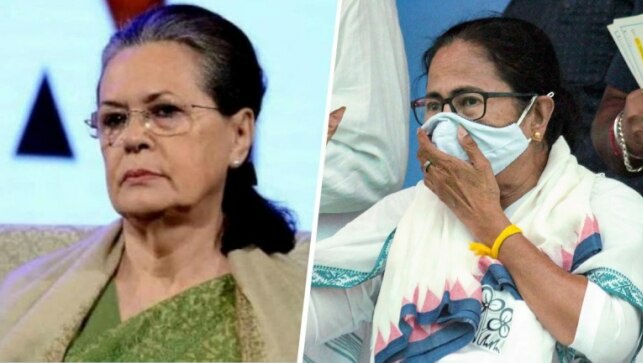 The process of election of the President and Vice President is over, but as the war of words between the Congress and the Trinamool Congress (TMC) begins, bitterness among the opposition parties seems to be increasing.

The defeat of the candidates of the opposition parties was expected in these elections, but many were surprised when the political differences between the opposition are exposed.

Analysts say that the decision of the two main opposition parties to engage in a war of words and TMC’s decision to distance itself from the vice-presidential election has affected the morale of the opposition preparing for the 2024 general elections and their political prospects are also expected to suffer.

Senior Congress leader Margaret Alva was fielded by the opposition against Jagdeep Dhankhar of the ruling National Democratic Alliance (NDA) for the vice-president’s election, but the Mamata Banerjee-led TMC announced that the party would stay away from the polls as it would be difficult to decide on the candidate. There was no proper consultation before.

Alva’s first reaction was harsh, stating that this is not a time for arrogance or anger, but a time for courage, leadership and solidarity. However, she expected Banerjee to support her, but it did not happen.

After the defeat, Congress general secretary Jairam Ramesh expressed his displeasure with the TMC in a public comment.

Ramesh tweeted that Margaret Alva ran a spirited campaign and it is too bad that TMC did not support her. He said that India will have to wait for its first woman Vice President.

In an indirect attack on the Trinamool Congress for not supporting them in the elections, Alva said that by directly or indirectly supporting the BJP, some parties and their leaders have damaged their credibility.

Alva said this election is an opportunity for the opposition to work together, forget the past and restore confidence.

Alva told, “The election is over. The struggle will continue to protect our Constitution, strengthen democracy and restore the dignity of Parliament.

At the same time, TMC leader Saikat Gokhale said on a TV channel that Congress is not an ally of TMC and they were like-minded parties. He said after the vice-presidential election, “The Congress along with the Communist Party of Marxist fought against the TMC in West Bengal. We decided to stay away because of the way the opposition candidate was decided.

TMC MP Shatrughan Sinha on Sunday congratulated Dhankhar on his victory and said, “Hope and wish and urge that you will live up to the expectations of all those who voted and supported you and who remained absent or Did not vote or support. Jai Hind!”

Not only the differences between the opposition parties come to the fore, but these parties also had to face ‘cross voting’ in the elections.

In the presidential election, the Jharkhand Mukti Morcha (JMM) supported the NDA candidate instead of supporting Yashwant Sinha, the candidate of the opposition parties.

In the Assam, Jharkhand and Madhya Pradesh assemblies, legislators from opposition parties in large numbers voted for the BJP-led NDA candidate Draupadi Murmu.

In the Vice Presidential election, Shishir Adhikari and his son Dibyendu Adhikari voted despite their party TMC deciding to abstain from voting.

NDA candidates Murmu and Dhankhar won the Presidential and Vice Presidential elections comfortably and the opposition got less than the expected support.

Political analyst Rasheed Kidwai said the results of the elections were already clear, but the lack of solidarity among opposition parties has made the road to 2024 more difficult for parties challenging the ruling NDA.

“Both the parties are responsible for reaching this situation. Congress should understand that Mamata Banerjee-led party is its biggest strength and similarly TMC needs to understand that Congress remains the main opposition party of the country.

Expressing similar views, political expert and Jawaharlal Nehru University (JNU) professor Sanjay K Pandey said that what happened in the Presidential and Vice Presidential elections is not good for the opposition parties.

He said public comments criticizing both sides did not help and in fact escalated differences. “Their solidarity doesn’t matter the outcome, but would have sent a message for the 2024 elections,” Pandey told PTI.

“This shows that none of them are concerned about unity, but only care about their own interests,” he said.