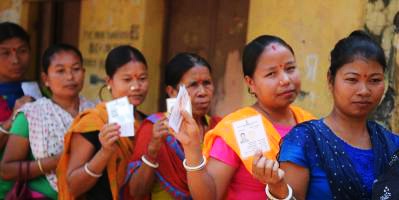 It may be recalled here that the elections were deferred due to Covid pandemic though the tenure of the committees elected in 2016 during Left Front rule expired on March 7, 2021 last.

The notification issued by SEC comes three weeks after the High Court of Tripura ordered the SEC and state government to complete VC polls before the first week of November, 2022 next and as the tenure of the 587 village committees expired in March 2021 last.

The SEC in its notification said that “SEC is in the process of making all preparations for conduct of general elections to the Village Committees. All the Block Development Oficers (BDO) of TTAADC areas are already appointed as Electoral Registration officer. EROs who are responsible for preparation of electoralrolls of VX under their respective jurisdiction in accordance to the provision of Tripura Tribal Areas Autonomous District Village Committee’ ([reparation of Electoral Rolls), Rules, 1996 for conduct of the said election,” said the notification.

The notification signed by the P
Bhattacharjee , secretary of SEC added that in connection of the VC polls, the guidelines for
publication of electoral rolls of the constituency of VCs and guidelines for setting up of polling stations are also issued and all the BDOs are requested to collect the copies of the assembly electoral rolls of the concerned constituencies from the office of the respective SDMs for the purpose of segregation.

With new voters and 21,000 fresh voters from Mizoram’s Bru, migrants permanently resettled in the state’s ADC areas are now waiting for their enrollment in electoral rolls in ADC areas.