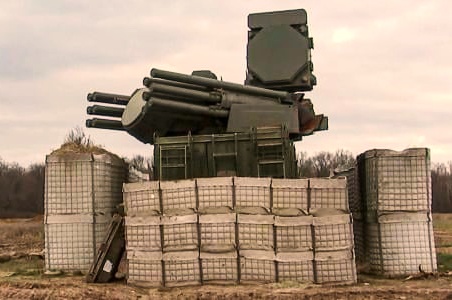 International Monetary Fund (IMF) Managing Director Kristalina Georgieva has now openly admitted that in 2023 the pace of the global economy will be so low that it will see a contraction in GDP (gross domestic product) of one-third.

The reason for this is the slowing down of the economy in all the three economic superpowers of the world – America, European Union and China.

There are two ironic points in Georgieva’s comments. First, it is a big hope for the world economy today that there will not be much decline in the income of workers in America.

For an organization that has systematically advocated wage cuts – whether in terms of remuneration or social costs, this is a surprising but welcome admission.

Some may argue that the IMF’s stabilization-cum-structural adjustment policies are generally meant for economies that are in crisis and it should be noted that it is not a ‘panacea’ for growth.

It therefore does not indicate any fundamental change in the IMF’s understanding of labour.

To be sure, what the IMF is saying is certainly different from what it has generally been saying.

It believes that America’s flexible labor market is beneficial to its development. So then the question arises: why shouldn’t other economies strive for flexible labor markets even when in crisis, and deal with the crisis through more direct means such as import controls and price controls?

Another irony in Georgieva’s remarks is her belief that such a flexible labor market, while being beneficial to US growth, would also keep US inflation high, forcing the Federal Reserve Board to raise interest rates further.

This has two clear implications. First, it means that US growth will contract in the coming months despite being less affected as the Fed raises interest rates.

Thus, the US going to do relatively better in 2023 than the European Union and China is not a long-term phenomenon.

Since the poor performance of the US will have an adverse impact on the entire world economy, it can be taken to mean that the global recession will worsen in the coming months if the expected improvement in China’s Covid situation does not happen.

This also means that even if only a third of the world’s economy faces a recession in 2023, a much larger part of it will fall into recession later. This is certainly a very dire prediction.

The World Bank has also been warning about the great recession looming over capitalist countries and its possible impact on developing countries.

In its study paper of September 2022, the world economy was expected to grow at the rate of 1.9 percent in the year 2023. Both the IMF and the World Bank have been pointing out the Ukraine war and the high inflation due to it as the major reason for the recession looming over the world.

To stop the pace of this inflation, the interest rate will have to be increased and this will become a major reason for the recession.

This analysis is not correct. Inflation began to rise long before the Ukraine war as the world economy began to recover from the pandemic.

It was then reported that inflation was rising due to disruption of supply chains due to the pandemic. However, even then not all people agreed with this argument.

The reason for inflation, he said, was more from supply disruption than large companies making huge profits in anticipation of shortages. The war in Ukraine took place against this background.

The volatility of crude oil prices confirms the conclusion that the Ukraine war is not the root cause of inflation.

The rise in Brent crude prices is mainly due in 2021 when the world economy is recovering from the pandemic.

Therefore, it cannot be said that the cause of inflation was the Ukraine war.

It is not just the Bretton Woods Institute’s analysis that is flawed. Even more noteworthy, they have no idea how the world recession will end. If the Ukraine war is the reason for the recession, then they should have assumed that things were going to change soon.

By the way, Western imperialism seeks to drag on the war so as to bring Russia to its knees.

Even if he chose to remain silent on the question of ending the war, he could have spoken about dealing with the inflationary crisis in some other way than raising interest rates and warding off recession.

Similarly, even the President of the World Bank, David Malpass, has expressed sympathy with the indebted third world countries that are going to be hit hard in the coming months and even says that a major portion of their debt burden itself has arisen due to high interest rates.

There is not even a word in his speech in favor of lowering the interest rates. In other words, the two Bretton Woods institutions show sympathy but do not take concrete steps to help the world’s poor.

If the structure of Western imperialism is to be preserved, the Ukraine war must continue, making it inevitable to maintain inflation at current high levels in the absence of a recession. Therefore, it should not be surprising to see world capitalism adopting this path. The point is to oppose it.