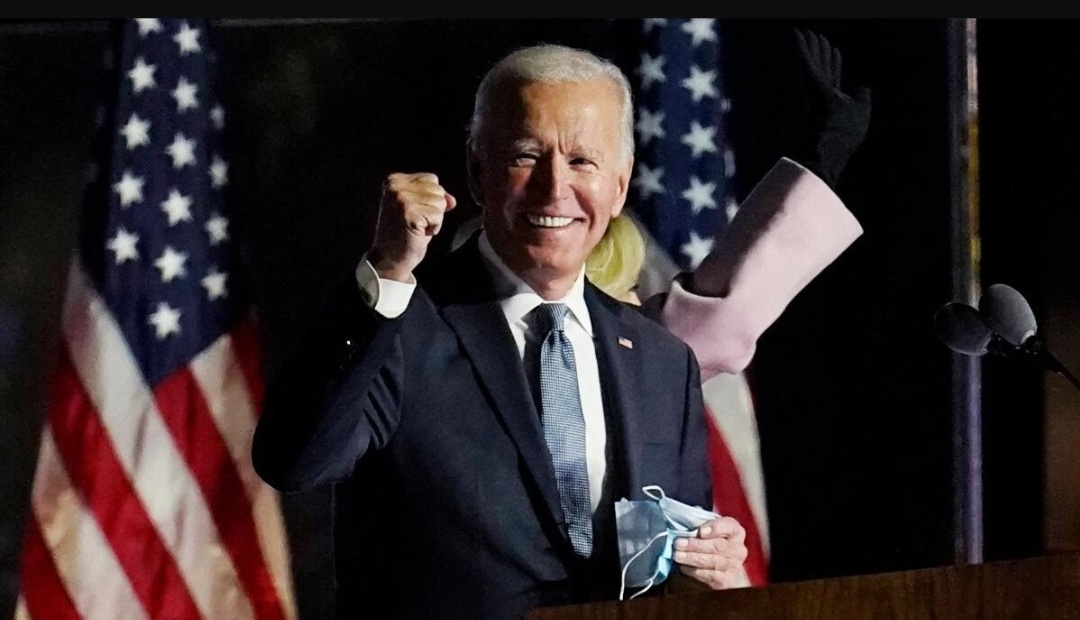 Democrat  Joe Biden, who defeated President Donald Trump to become the 46th president of the United States as the voters narrowly pushed him over the finish line, positioned himself as a leader who would “seek not to divide, but to unite” a country reeling under a pandemic and a battered economy. In his first address to the US as a President-elect, Joe Biden pledged to become a President who “doesn’t see Red and Blue states”, but a United States. “I sought this office to restore the soul of America,” Joe Biden said and, “to make America respected around the world again and to unite us here at home”. His victory came after more than three days of uncertainty as election officials sorted through a surge of mail-in votes that delayed counting of the votes. Joe Biden crossed the winning threshold of 270 Electoral College votes — he needed to clinch the presidency — with a win in Pennsylvania.